At the general meeting of the European Federation of Road Victims (FEVR) at the German Police University in Münster last weekend, a manifesto for a Europe-wide reduction of road casualties due to speed was adopted:

Reducing the number of road victims by decelerating

The evolution of road crash figures shows that the targets set by the EU and most Member States for reducing the number of fatalities and serious injuries are not achievable.

According to the European Convention on Human Rights and the constitutions of the Member States, the state has a duty to protect people living in its territory. This duty of protection requires states to take the necessary and effective measures to protect life and physical integrity in road traffic.

An absolute speed limit on Europe’s motorways is necessary: 130 km/h should be introduced as a maximum standard. Where lower speed limits have already been introduced, these should not be increased!

FEVR calls for a reduction of the acceptable speed to further improve road safety on rural roads as well. Overtaking collisions are among the most serious collisions on rural roads. Therefore, only an absolute maximum of 80km/h should be permitted for all types of traffic.

This would significantly reduce the need for overtaking and thus the main cause of collisions on rural roads, “overtaking errors”.

Where lower speed limits already apply, these of course have to be maintained.

For many years discussions about reversing the regular speeds in urban areas have taken place, according to which 30km/h would then be fixed as the regular speed and 50km/h as the exception on main streets/roads.

It is necessary to implement this at long last, against the background of the findings from numerous studies on the risk of injury to pedestrians and cyclists.

Although speed restrictions result in a reduction of the speed driven by most drivers, the unreasonable road users must be monitored much more closely. As an effective measure of enforcement we recommend to introduce Section Control in all Member States.

Finally, the ethical responsibility of the car manufacturers is at stake. Nowadays, private cars are built to induce and encourage speeding: the manufacturers should change the concept of the automobile  into a ‘light and safe’ car, safe not only for the occupants but also for the other road users.

Also, car industry and its representative organizations shall stop their lobbying efforts to obstruct the implementation of a compulsory ISA (Intelligent Speed Assistance/Adaptor) in each vehicle. 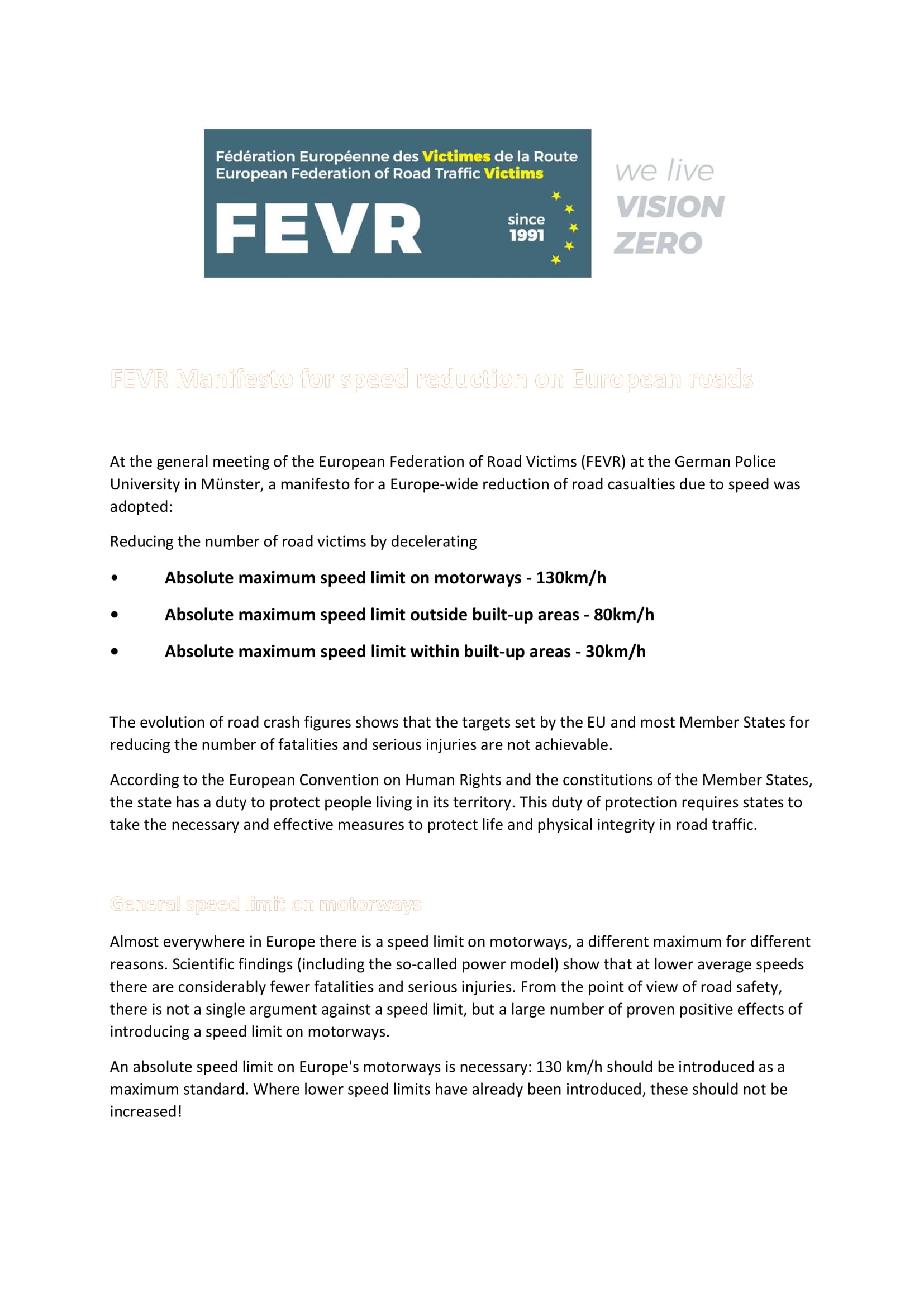 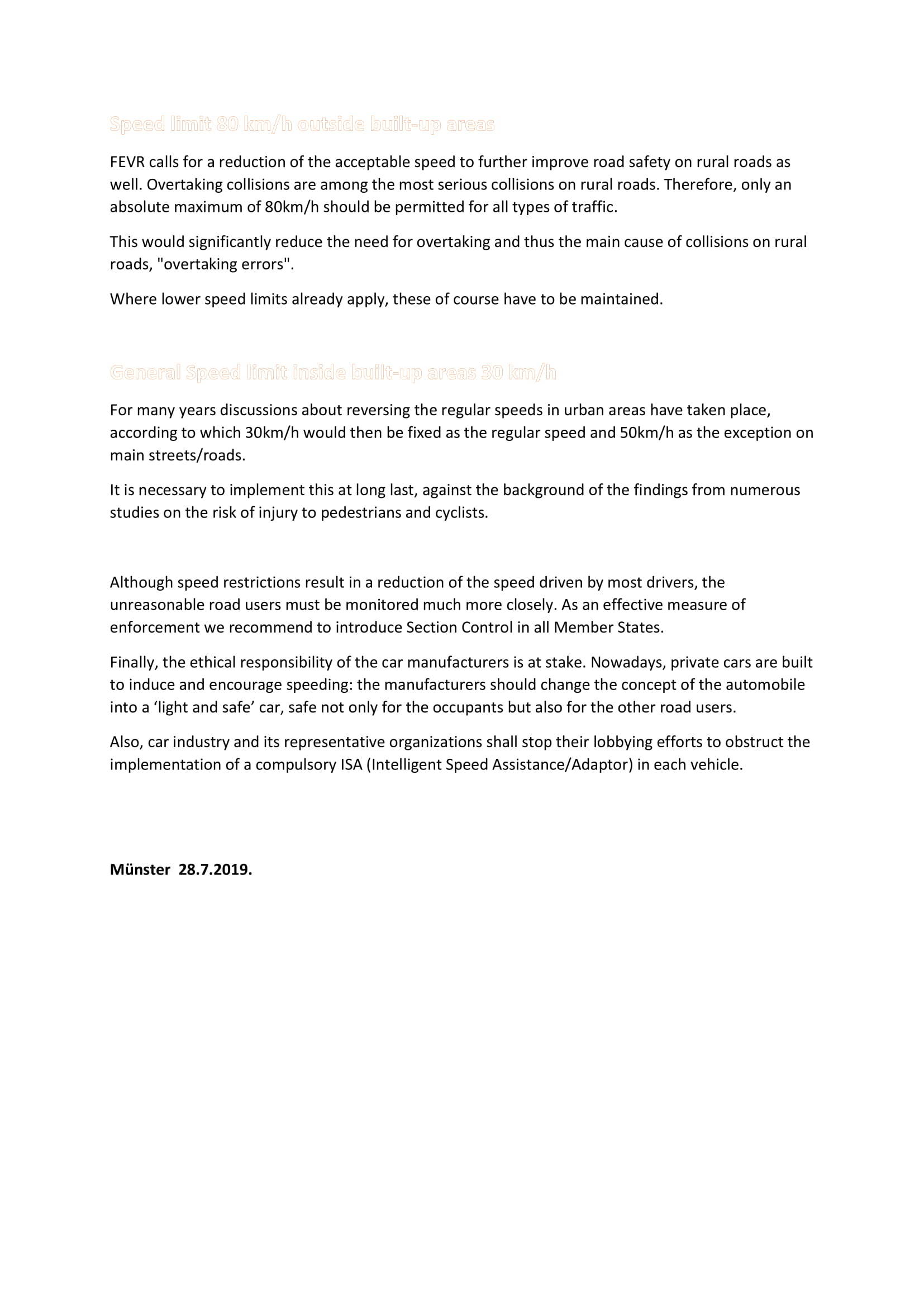